Paul Micale is an active airline pilot with 26 years of flight experience 13 of which are under FAR Part 121. He has over 7200 flight hours with multiple ratings. Paul is a decorated veteran.  He has also been forward deployed as a combat pilot with the US Army during 7 years of active duty. His career includes continued service as a Lieutenant Colonel in the US Army Reserves where he has been a pilot and commander of flight units. As a military pilot he has flown fixed and rotary wing helicopter aircraft. His education and experience emphasizes flight operations and safety. He is part of the Micale Partners team.

Paul is a licensed civilian Airline Transport Pilot with type rating as Pilot in Command and is currently employed by American Eagle Airlines as a CRJ-700 Pilot and First Officer in the Canadair Regional Jet aircraft with 65 seat occupancy. He is FAA certified for CAT II instrument approaches and to fly in Reduced Vertical Separation Minimum (RVSM) airspace. He is type rated for this and other aircraft requiring an FAA type rating. He has a Masters of Aeronautical Science with a specialization in aviation safety from Embry-Riddle Aeronautical University.

In the Army Paul has been a combat pilot in both the C-12 (Beechcraft 200) aircraft and the AH-64 Apache Attack helicopter. He has extensive military service in aviation units. His positions include being a Safety Officer and a Forward Deployed Assistant Operations Officer of a General Support Aviation Battalion. 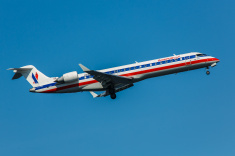 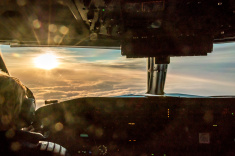 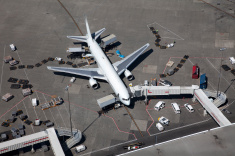